Depression symptoms and signs to watch for 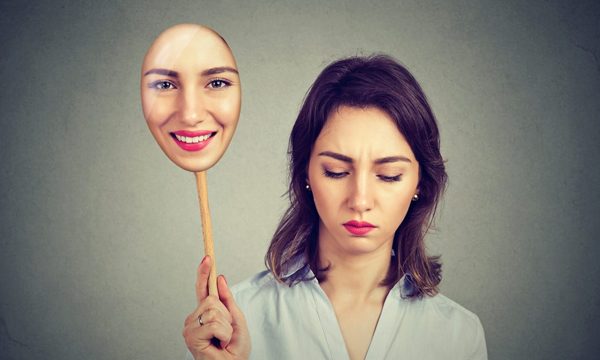 Depression is one of the most common mental disorders that Americans experience it’s important to recognize the symptoms of depression early. About seven percent of adults display symptoms of sadness and have exhibited depressive episodes each year without treatment. Depression is more common among women than men but that is a number that is changing rapidly. One of the hallmarks of a depressive state is a symptom called anhedonia. Anhedonia means “loss of pleasure” and it refers to losing the ability to enjoy things that used to be fun. This can range from anything as simple as a small hobby to as large as the action of socializing with other people. Depression also involves persistent sadness. What sets depression apart from regular sadness, which many people experience, is that it lasts a long time and often has no obvious cause.

The Causes of Depression

There are several factors to be recognized as contributors to depression. First of all, genetics. Some researchers have found a genetic component to this terrible state of mind, so having family members that experience depression could be a sign of a genetic predisposition. Second, brain chemistry. It is often associated with abnormal levels of some neurotransmitters, including dopamine, serotonin, and norepinephrine. Stress can also induce moodiness- anything from bereavement or job loss to hard time at work can lead to a depressive episode. Not everyone experiences depression symptoms and signs after stressful events- it comes down to an individual’s reaction to their situation. Finally, gender also plays a role. Women are at higher risk for this than men, but it isn’t clear what causes this difference.

Types and Manifestations of Depression

The major form of it is called major depression. But there are related mental illnesses with similar symptoms. Bipolar involves a cycle of depressive and manic symptoms. Dysthymia is a long-term depressive episode with low-level persistent symptoms. Postpartum can strike mothers after they give birth. Seasonal affective disorder comes with the change of seasons as summer becomes fall and then winter. The reduced amount of sunlight can evoke hopelessness in some individuals.

How To Diagnose Depression Symptoms and Signs

Medical professionals use a list of nine symptoms to diagnose depression. To make a diagnosis, the doctor or therapist must observe at least two weeks of depressed mood or anhedonia along with a minimum of four of the nine symptoms. These symptoms include the following:

Feelings of hopelessness or worthlessness.
Suicidal ideation.
Sleep disturbances- an unusually high or low amount of sleep.
Changes in weight or appetite.
Problems with attention and focus.
Persistent tiredness or low energy without a clear explanation.
Slow movements.

It is common for people with this mood disorder to also have other illnesses, both mental and physical. This is both because those other conditions can trigger depression and because people with it are at greater risk for developing additional disorders and diseases. They include, but are not limited to the following:

These other disorders and diseases can interact with depression in potentially dangerous ways, so be fully forthcoming with care providers about all conditions you might be experiencing.

How To Seek Care

There are several good starting points if you think you need help for depression. One potential point of contact is your primary care physician. They generally do not have psychological training, but they can provide referrals to a psychologist or psychiatrist who has more knowledge about depression symptoms and signs. It’s important to seek care for depression because at its worst it is a life-threatening condition. Just because it is mental illness does not mean it is any less dangerous than a physical disease. Your primary care physician may be able to help you directly by prescribing depression medication, but it is best to get experienced care from a mental health professional. Different people respond to different medications and types of therapy in different ways, so you might not immediately respond well to the first type of intervention that a care provider suggests you try.

To get more help with depression symptoms and signs speak with an online counselor.