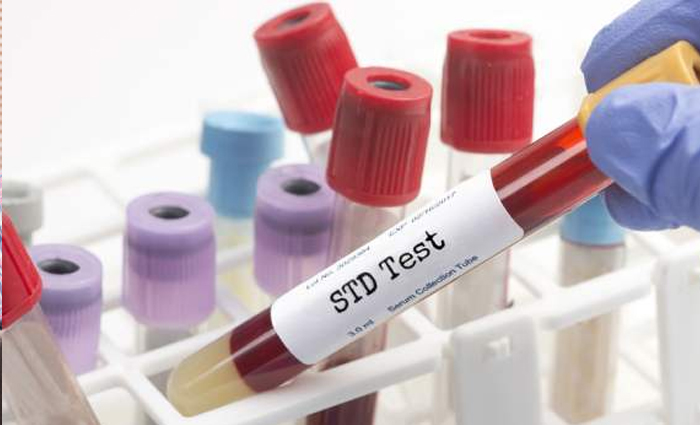 It can be difficult to recognize the symptoms of a sexually transmitted infection because sometimes there won’t be any symptoms, while at others you can have a lot of symptoms and signs. This is one reason why most people don’t know they have STIs until their partner is diagnosed or complications start to occur. To help you out, we’re going to discuss the signs and symptoms that indicate you have an STI and must seek medical attention. These include:

The symptoms and signs may either appear after a few days or may take several years before you start noticing them.

There are several types of infections, which can be sexually transmitted from one person to the other. To give you a better idea about STDs, we’re going to highlight some of the most common types of STDs that you can contract. These include:

Chlamydia is caused by a certain type of bacteria. According to the Centers for Disease Control and Prevention (CDC), it’s also the most common STD reported by Americans. Most people with chlamydia don’t show any noticeable symptoms but when they do develop, they will include:

Chlamydia can lead to the following conditions if it isn’t treated:

Pregnant women with untreated chlamydia may easily pass the infection to their baby during childbirth, and the baby can develop:

Chlamydia can be treated easily with antibiotics.

Syphilis is a bacterial infection that may go unnoticed in its initial stages. Symptoms, in the beginning, may include the appearance of small round sores on the mouth, anus, or genitals. The condition is painless but is extremely infectious, and you can develop the following symptoms later:

If syphilis isn’t treated, it can cause severe consequences and may lead to:

The good news is that syphilis can be easily treated with antibiotics if caught early.

HPV, also known as human papillomavirus, is a virus that is transmitted from one individual to another through sexual or skin-to-skin contact. The virus has various strains and the common symptoms of HPV are the appearance of warts on the throat, mouth, or genitals. Some strains of the HPV infection have also been known to cause cancer, which includes:

Most cases of HPV don’t become cancerous. However, some strains of the virus, like the HPV 16 and the HPV 18, are known for causing cancer. There’s no treatment for HPV, and most infections tend to clear up by themselves.

An HIV infection damages the immune system and increases the risk of contracting other cancers, bacteria, and viruses. If HIV isn’t treated, it can develop into AIDS but, with modern treatment methods, people living with HIV don’t develop AIDS. The symptoms of HIV are easy to mistake with those of the flu in its early stages, which may include:

The early signs will clear up within a month. From that point, a person may live with HIV for several years with no persistent or serious symptoms. Some people may develop symptoms like:

HIV doesn’t have a cure, but there are treatment options available that can help manage it. Proper treatment also decreases your chances of transmitting HIV to your partner.

Gonorrhea is an extremely common bacterial STD which is also called ‘the clap’. In most cases of gonorrhea, there are no symptoms but if they do show up, they include:

If gonorrhea isn’t treated, it can lead to the following:

Pubic lice is another name for ‘crabs’, where tiny insects start living on your pubic hair and feed on blood like head lice and body lice. The common symptoms of crabs include:

You may also visibly see the lice and their tiny white eggs near the roots of your pubic hair with the help of a magnifying glass.

Also known as ‘trich’, this infection is caused by tiny protozoan organisms which are transmitted from one person to the other by genital contact. The CDC states that only 1/3 of people develop trich symptoms, which include:

If you’re serious about reducing the risk of an STD, here are some steps you can take:

The most effective way to avoid an STD Is to abstain from having any sexual acts.

Monogamy with one partner

You can also reduce the risk of contracting an STD by getting into a long-term monogamous relationship with a person who isn’t infected.

You can get vaccinations which protect individuals from developing different types of cancer that are caused by hepatitis B and HPV.

You should check that your partner doesn’t have any STDs before you engage in sexual intercourse with them.

I want to talk to a doctor